Whether you agree or not agree with the American Jobs Act, President Obama came with it last night.  He presented a solid plan, but he also let Congress know that he’s not playing nice anymore.  When you are elected President, you have at least four years to work your plan.  And President Obama has accomplished a lot that he isn’t given credit or is flat-out ignored.  Besides, if anyone watched the GOP debates, I think we need to be concerned about their plan for Americans.  Especially when you have a candidate like Rick Perry who calls social security a “Ponzi scheme” and proudly defends the execution of 234 people in Texas, more than any other Governor in modern times.  I guess they haven’t learned the lesson about what happens when we use divise language and untruths to win at all costs.  I don’t believe in bully politics, but I do believe in being assertive.  And I believe President Obama finally got the memo.

And as a group of my friends watched President Obama finish his speech, we all wished Obama could have dropped the mic Randy Watson style.

Earthquakes, hurricanes, now floods….it’s coming to an end.  Summer that is. 🙂    So this weekend, the outdoor festivals are winding up.  Check out the Virgin Music Festival is at the Merriweather Post Pavillion on Saturday.  And Bilal will be at the Birchmere on Sunday.  And on Sunday, check out the National Triathlon benefiting the Leukemia and Lymphoma Society.

Enjoy your weekend.  And be safe out there as we commemorate 9-11. 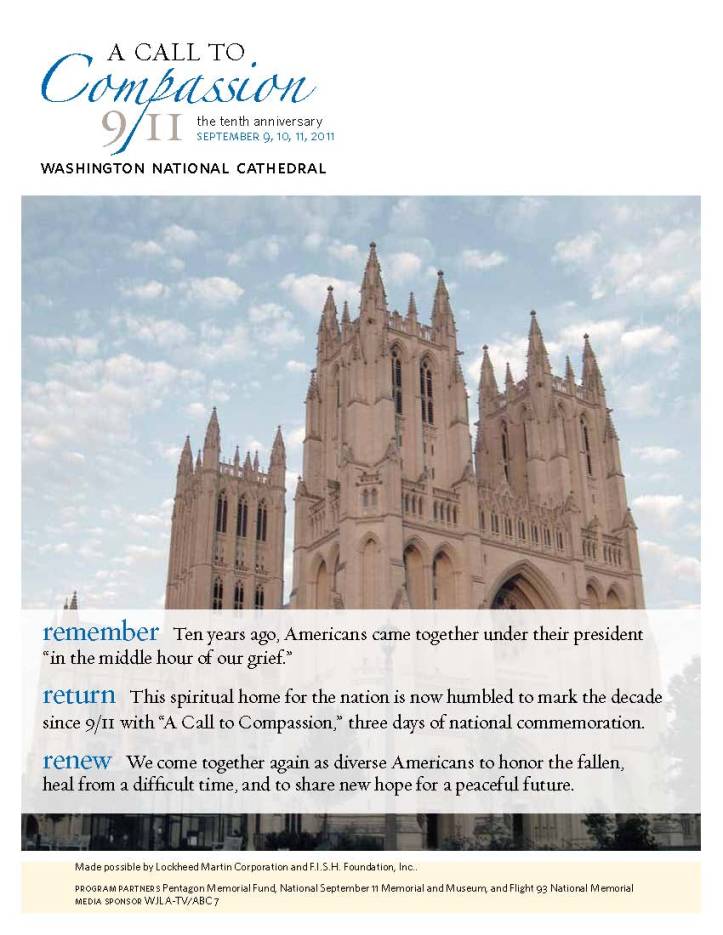 The Washington National Cathedral will be conducting weekend events for A Call to Compassion in commemoration of the tenth anniversary of September 11th. As we remember the tragedy and losses suffered on that fateful day ten years ago, the Washington National Cathedral is honored to bring the nation together once again in a spirit of compassion and healing.
September 9-11
Various locations throughout the District
Click here for the full schedule
All events except those on the morning of Sunday, September 11, are ticketed events. To reserve your tickets, click here . All events will be webcast live.

The DC Shorts Film Festival kicked off this week.  The festival is one of the country’s largest festivals dedicated to short films. This year, the festival expands with 145 films — more than any past year. The films run the gamut in genre, style and subject, but are unified by their run times of fewer than 20 minutes.

Various theater throughout the District 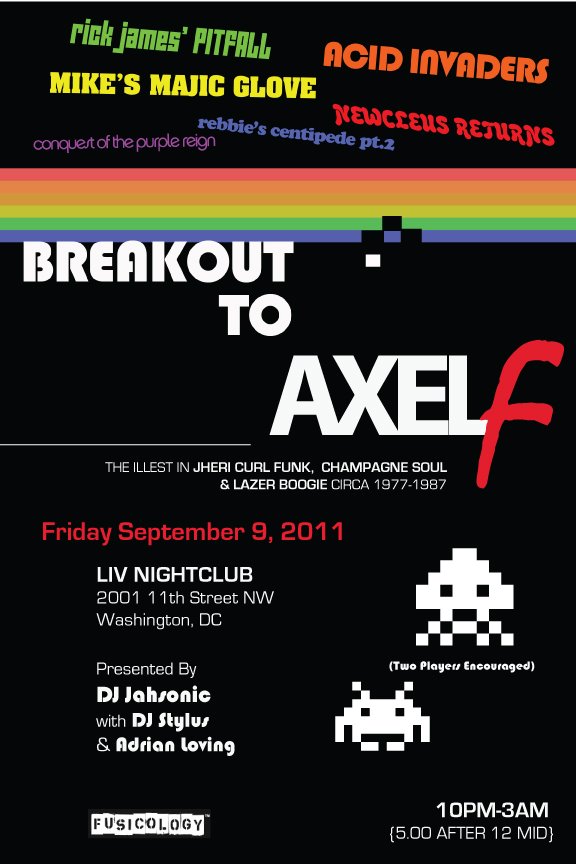 Due to the bad weather last week, so Axel F didn’t get to bring the funk. So to make up for it, Axel F is bringing the lasers and smoke machines and vocoder sounds this Friday.

Free before Midnight, 5.00 after

The Nation’s Football Classic™ is a black college football game held annually. This year, the game features Howard University against Morehouse College. The Nation’s Football Classic™ was created to celebrate the passion and tradition of the college football experience, recognize the history of service to others by the students, faculty and alumni of Historically Black Colleges and Universities, highlight the unity of African-American culture, and honor the heritage and excellence of these proud institutions.

There will be a festival before the game on the grounds of RFK Stadium.

The National Council of Negro Women hosts the Annual Black Family Reunion Celebration is a cultural event that is recognized as the largest, most significant family event in the nation, attracting up to 250,000 people each year. The festival celebrates the enduring strengths and traditional values of the African-American family. It is a fun-filled weekend with live music by Hezekiah Walker, Faith Evans, Miguel, Earnest Pugh and DJ Kid Capri, ethnic foods, seminars, health fair, International Arts and Crafts Marketplace, keynote speaker Rev. Jamal Bryant, and more!

The Petwork Jazz Project is closing out is summer concert series with a double header…Akua Allrich and Bohemian Caverns Jazz Orchestra. 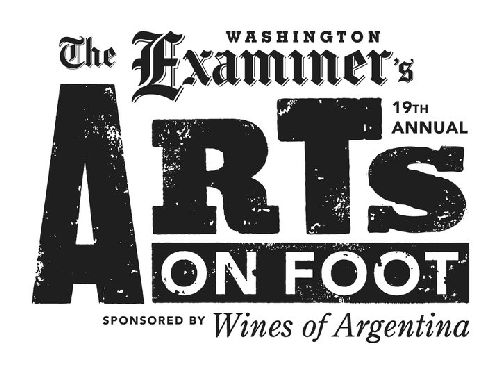 The Smithsonian’s National Museum of African Art’s annual Community Day is this Saturday (9/10). This year’s theme is “The Power of the Word: A Dramatic State of Affairs.” Hosted by Diallo Sumbry and Dehejia Maat, Community Day offers something for everyone, including art activities, face painting, storytelling by Bill Grimmett, West African dance by Nazu and spoken word by Omecongo.  Among this year’s highlights are performances by Afro funk band Chopteeth and a fashion show by Morgan State University.

One Veterans Place (corner of Fenton St. and Ellsworth Dr.)

Dandies, quaintrelles, night riders! This is the one last nocturnal jaunt under the shining light of the Full Moon. The first two outings attracted well over a hundred riders who experienced simple joys during breezy nights. September ride will be in the grandest style so be sure to dress in your whitest whites to light up the night.  It will be a gentle route planned by the BicycleSPACE team, finishing with a picnic deluxe in Logan Circle, including a catered food spread by the one and only Kid Chicago. 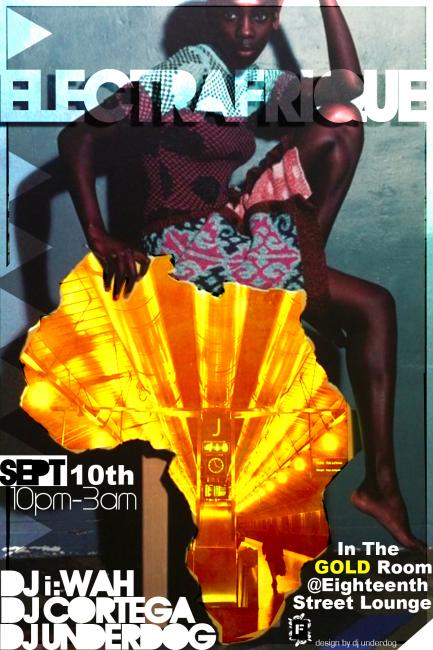 ELECTRAFRIQUE comes back to ESL’s classy Gold Room.  Get ready from some serious afronergy action on decks, with I:WAH and UNDERDOG who have been pushing the Afro Futuristic vibration to the next level, and CORTEGA who’s visiting from his new home in Nairobi, Kenya. 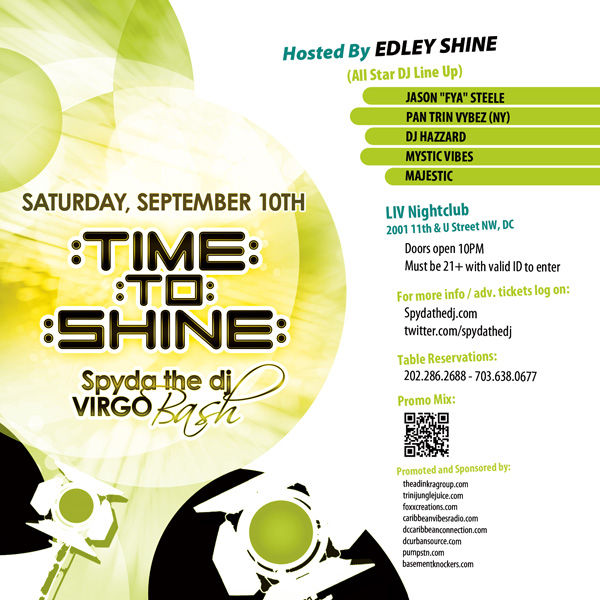 From early 2002 through 2009, the REBIRTH film crew chronicled the lives of five people directly affected by 9/11. Their narratives are the thread of recovery and resiliency from grief, loss and trauma that comprise the unique message of the film. REBIRTH also simultaneously tracks – via unprecedented multi-camera time-lapse photography – the evolution of the former WTC and the entire rebuilding of the site. Though the film captures the minute-by-minute demolition and redevelopment of the WTC site until 2009, Project Rebirth will continue the time-lapse element of the project until the site is completed in its entirety.

At COMMUNITY SERVICE w/ Underdog & i:Wah, the Music is an uplifting torrent of new “House”, mixed in with a more than generous serving of Soulful House, Afrobeat, Electronic Dance, Coupe Decale, Samba, Zouk, Disco, Fete, JuJu, Fania, Afro Drumming and much more. Filling the groove and moving you into the after future of “the dance”.